You are here: EMES - International Research Network | Who we are | Board of directors

The Board engaged in a strategic planning process in 2011 that resulted in a new strategic direction (2013-2015) largely based on the enlargement of the membership to the international community of researchers on social enterprise and the third sector.

The current Board of Directors of EMES is composed of 13 members who were elected in October 2015 in the course of the first open member election of the network. This election marked the completion of the implementation of the 2013-2015 strategic planning process.

Institutional members have a majority of seats in the Board but the other two categories of individual members (researchers and PhD students) also have representatives appointed to the Board.

The EMES Board meets at least twice a year to discuss issues related with strategic issues and to monitor the progress of the Network.

The members of the Board are listed below. 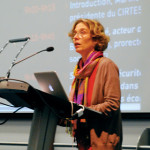 Founding member of EMES, is the president of the Centre de Recherches Interdisciplinaires Travail, Etat, Société (CIRTES, Catholic University of Louvain, Belgium), one of the two Belgian institutional members of EMES.

She is full professor at the Department of Economics of the same University.

Her work focuses on conceptual approaches to the third sector (both in developed and developing countries), on the links between third sector organisations and public policies and on the emergence of different social enterprise models in an international comparative perspective. 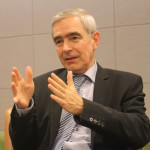 Jacques Defourny is professor of economics at HEC Management School, University of Liege (Belgium), where he is also a director of the Centre for Social Economy which gathers four professors as well as a dozen of PhD students and a few visiting post-doc fellows.

He has been acting as the founding coordinator of an informal EU-funded EMES Thematic Network (1996-2001) and then as the first president of the EMES European Research Network (2002-2010).

On the Board, he serves as a treasurer. He was the main organizer of the 4th EMES International Research Conference on Social Enterprise (Liege, July 2013) that marked the opening up of the EMES Network’ membership to researchers from all world regions as well as the launch of the International Comparative Social Enterprise Models (ICSEM) Project. 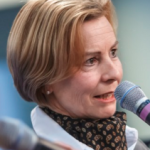 Nicole Göler von Ravensburg is tenured Professor of Socio-economics at Frankfurt University of Applied Sciences. She holds a PhD in Economics (Marburg University/Germany, 1998). Nicole joined EMES in 2013 and is cooperating in the ICSEM project. Her postdoc-research centered mainly on coop start-ups, social and educational coops in Germany, her graduate research on coops in developing countries and in Europe. 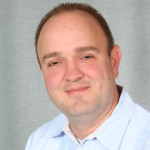 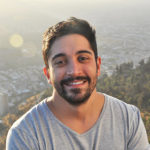 Eduardo Pereira is the elected representative of the PhD and Early Career Researcher category. He joined the Board in July 2017. He is a PhD candidate at the Faculté de Gestion, Economie et Sciences at Lille Catholic University.

Eduardo’s research proposes to explore the new dynamics on support of social enterprises, in particular to social incubation. Specifically, he is focusing on questions related to efficiency, evidencing what we can learn from these propitious environments.

His research contributions lie upon helping the process of bringing order and structure to this emerging field driven by social innovative initiatives immersed in social collaboration and engagement.

Before enrolling in his PhD, Eduardo gained a MBA in Project Management at FGV (Brazil) and a MSc in Social Economy at University of Minho (Portugal) developing a field research in Cambridge, UK. He also worked as a practitioner in social economic development of favelas in Rio de Janeiro between 2012 – 2014. 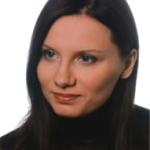 Anna Ciepielewska-Kowalik holds a PhD in political sciences. Her doctoral thesis “The Role of non-profit organisations in early childhood education and care policy in Poland after 1989” won the third degree award for the best doctoral dissertation in the field of social policy, organised by the Ministry of Labour and Social Policy in Poland in 2013.

She is an assistant professor and a full-time researcher at the Institute of Political Studies the Polish Academy of Sciences in Warsaw. Her research focuses on social policy, the third sector and transformations of post-socialist welfare states.

She is currently performing the first Polish research on co-production of welfare services with a special regard to education and social assistance. 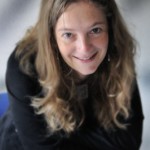 Giulia is a senior researcher at the European Research Institute on Cooperative and Social Enterprises (Euricse), one of the two Italian institutional members of EMES, since 2008.

Holds a PhD in Sociology from Lancaster University (UK), degree and masters in Sociology from the Faculty of Economics of University of Coimbra (FEUC). Currently assistant professor in Sociology at FEUC, where she works since 2002. Researcher at the Centre for Social Studies (in the research group on Social Policy, Work and Inequalities) and at the Center for Cooperative and Social Economy Studies of the Faculty of Economics. From 1996 to 2001 she worked as research Assistant at the Center for Social Studies, namely in the project Reinventing Social Emancipation among others. 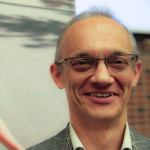 Founding member of EMES, was elected President of EMES on January 2010. He is the founder of the Centre for Social Entrepreneurship, Danish institutional member of EMES.

He is professor of social entrepreneurship at Roskilde University (RUC, Denmark), where he serves three main functions:

In 2004-05 he was the first international coordinator of CINEFOGO-Network of Excellence, an international cross-disciplinary network funded by the EU, 6th Framework Programme. He has been visiting scholar at Harvard University (2004), University of California (1998) and University of Mannheim (1992). He was a research consultant to the Danish Ministry of Social Affairs between 1990 and 1998 and former President of the Danish Sociological Association. He was recently appointed member of the Danish Government Committee on social enterprise. 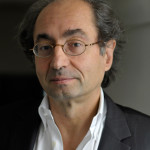 Founding member of EMES, is an individual member of EMES. He initially graduated in economics, before obtaining his PhD in sociology from the Institut d’études politiques in Paris. He also holds an HDR (Habilitation to conduct researches – Paris X).

He is a professor at the Conservatoire national des arts et métiers (CNAM, Paris), head of the Chair of Service Relations and co-director of the Laboratoire interdisciplinaire pour la sociologie économique (LISE UMR 6209), CNAM-CNRS.

Jean-Louis Laville is also a member of several expert societies. He is for example a member – representing Europe – of the Board of directors of the International Society for Third Sector Research (ISTR), and a member of the Association Internationale des Sociologues de Langue Française (AISLF), within which he is co-responsible for the Research Committee on “Economic sociology”.

He is the European coordinator of the Karl Polanyi Institute of Political Economy. 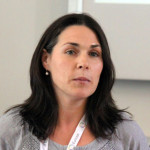 Founding member of EMES, is a researcher at the Centre for Co-operative Studies, University College Cork; the institutional Irish member of EMES.

She is also a full-time lecturer in the Department of Food Business & Development at University College Cork.

The topic of her PhD was survival strategies of rural based social enterprises. She is a member of the Irish National Rural Network and is the academic director of the NUI BSc Rural Development by Distance Learning. She teaches at both undergraduate and postgraduate level. Her research interests include rural development, social and cooperative enterprises. 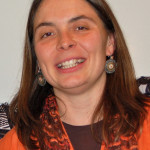 Francesca Petrella is a lecturer at the Aix-Marseille University and a researcher in economics at the LEST since 2006. She is co-responsible of the second year of the Master Degree specialised in the management of third sector organisations of the Aix-Marseille University. She is member of research networks at national and international levels (e.g. CIRIEC International, CIRIEC France, RIUESS).

She has developed research works on social economy organisations, their evolution and interactions with public policies, social innovation, quality of work in social economy and on new forms of governance of social welfare services. In particular, she studied childcare and personal home care services. She participated in the European research programme on « Third system and Employment » (CRIDA, Paris, 2000) and in the European Programme on « Transformation des structures familiales et des politiques sociales » (CRIDA, Paris, 2001-2004). She is currently part of the TSI project (European research project aimed at identifying the scope and size of the third sector in Europe and at measuring its impact for society) in which EMES is involved and member of the french team of the ICSEM Project.
© Copyright 2020 Site map | Privacy policy and disclaimer
Credits
What are you interested in?
This website uses cookies to improve your experience. We'll assume you're ok with this, but you can opt-out if you wish.Accept Read More
Privacy & Cookies Policy
Necessary Always Enabled