EMPOWER-SE will contribute to the consolidation of the central position of Europe (and not just Western Europe) with regard to the development of knowledge in the SE field and help build an active scientific community.

The main aim is to foster evidence-based policy from local to European levels and to support the development of SEs and their eco-systems in synergy with main industry representatives and stakeholders.

The project attempts to address existing fragmentation in the levels of knowledge regarding social enterprises (SEs), from both a geographical and a disciplinary point of view, as well as from the perspective of different categories of stakeholders.

Since SE is a concept embedded in socio-economic contexts possessing highly different economic, social, cultural, welfare structures, it is vital to facilitate the connecting of existing local knowledge and establishing a program for cross-national comparative research, including peripheral regions where the SE scientific community is still embryonic or inexistent.

Currently, knowledge on SEs is disparate with uneven levels of quality and research infrastructure across countries, and with a disjointed evidence base located in a too narrow disciplinary approach. Moreover, young researchers exist but often work in isolation from other international scholars.

Key SE stakeholders (practitioners, policy makers) are increasingly seeking reliable knowledge from the scientific community to improve their understanding of SEs. Therefore, if we want to advance knowledge and to develop evidence-based policy for fostering a sustainable SE eco-system, there is an urgent need to engage a pluri-disciplinary dialogue to grasp the challenges and opportunities presented by the SE field. It is also imperative to link research efforts to the vast diversity of empirical developments in the SE field to achieve this and activate, train and facilitate networking opportunities for researchers, while connecting them with a diversity of SE stakeholders.

The objectives of the project are three-fold:

EMES has been awarded to implement the project through the financial instrument called European Cooperation in Science and Technology (COST) (www.cost.eu/about_cost ), the European framework supporting trans-national cooperation among researchers, engineers and scholars across Europe, and contributing to the build-up of the European Research Area.

The project will include researchers from 37 countries, among which more than 40% are less research-intensive COST countries (http://www.cost.eu/about_cost/strategy/excellence-inclusiveness).

More than 44 % scholars participating are in its early academic career and/or are working towards their PhD degree. Big attention will be also dedicated to gender balance through the active involvement of female researchers in management and research tasks. 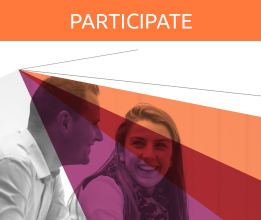