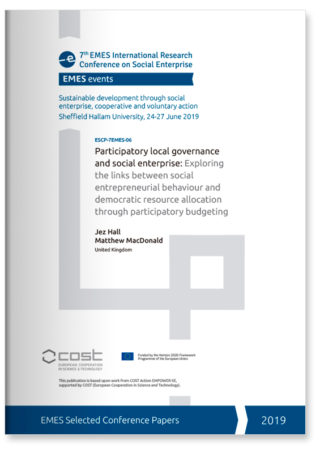 Participatory Budgeting (PB) is an innovation in participatory democracy. Inspired by social and political movements for citizen participation in Brazil in the 1980s which aimed to tackle democratic deficits and target public funds at the most marginalised communities (Abers et al. 2018; Novy & Leubolt, 2005).

It has since evolved, with over 3000 reported experiences globally (Shah, 2007). PB is now expanding rapidly in Europe and the USA. With that shift it can be argued that it has moved away from primarily promoting equity and re-distribution of resources towards a focus on public participation in public service delivery (Sintomer et al., 2012), with the legitimacy that brings for government.