The development of social enterprises in Norway since the end of the 2000s has taken place within a particular institutional landscape whose features are largely determined by the Social-democratic welfare state that historically has entailed a specific division of labour institutionalised relationships between the state and civil society. In contemporary Norway, the welfare state provides universal social services to its citizens. Municipalities play a central role in welfare-service provision, as most welfare services are decentralised and delivered by local public agencies. Within such institutional arrangements between the welfare state and the voluntary/non-profit sector, where state-sponsored and state-delivered social-welfare protection is quite extensive, it is no surprise that the space left for service provision by non-profit organisations is quite constrained. Non-profit providers of welfare services account for only 8% of total employment in the welfare sector in Norway.

However, from the 1980s onwards, reforms inspired by the New Public Management (NPM) approach led to the outsourcing of various types of welfare services, and to a growth in the number of market actors competing with established non-profit welfare providers for public assignments. The interest in the potential of social enterprises is part of a broader debate about the division of welfare production between sectors and the promotion of the idea of a “welfare mix”. Policy developments linked to social enterprises have taken place within the broader politically contentious policy framework of the “modernisation” of public welfare-service provision and the role of “private” actors (non-profit and business sectors) that has opened a window of opportunity for social entrepreneurs.

This institutional context has led to the development of two models of social enterprises—the entrepreneurial non-profit model and the social venture model—characterised by the adoption of different legal forms, degree of orientation towards the market and type of governance, and rooted in different self-understandings. 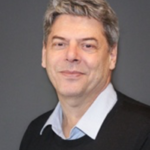 Long-standing EMES member Bernard Enjolras is a Research Professor and Director of the Center for Research on Civil Society and Voluntary Sector at the Institute for social research (Institutt for samfunnsforskning) in Oslo. He has been coordinator of the EU-FP7 project Third Sector Impact, editor-in-chief of Voluntas, International Journal of Voluntary and Nonprofit Organizations (ISTR, Springer). He has, among other publications, edited Scandinavian Civil Society and Social Transformations: The Case of Norway (Bernard Enjolras & Kristin Strømsnes, eds., 2018), New York: Springer and The Third Sector: A Renewable Resource for Europe. Concepts, Impacts, Challenges and Opportunities (Bernard Enjolras, Lester M. Salamon, Karl Henrik Sivesind, & Annette Zimmer, 2018), Houndmills: Palgrave MacMillan. 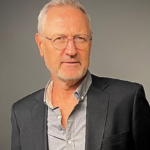 The director of the Norwegian institutional member SESAM (Centre for social entrepreneurship and social innovation) Lars U. Kobro, is a political scientist and senior researcher at The University of South-Eastern Norway (USN). He has a broad background from professional work in private sector, public sector, NGOs and academia. A common thread is his interest for local development in interdisciplinary and cross-sectoral contexts with a specific focus on innovation and entrepreneurship. During the last five years, he has been leading SESAM, overseeing the production of several studies on social entrepreneurship. 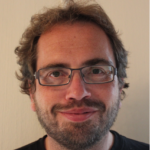 EMES member Hans A. Hauge is currently Head of The Department of Health, Social and Welfare Studies at University of South-Eastern Norway. He holds a PhD in Sociology and has led or contributed to numerous research projects on public services and the welfare state. His main research interests include how inter-sector collaboration and social entrepreneurship impact the inclusion of refugees, migrants, disabled and marginalised youth. He also takes a keen interest in the role of academia in social innovation and capacity building. 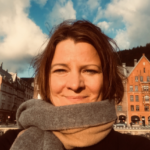 Jill M. Loga is a professor and coordinator of the PhD Programme in “Responsible innovation and regional development” at the Western Norway University of Applied Sciences. She holds a PhD in Political Science and has been affiliated to the Centre for Research on Civil Society and the Voluntary Sector in Norway for many years. She led the first research project mapping social enterprises in Norway in 2015. Her main research interests include civic engagement, marginal positions, social entrepreneurship, public innovation, and the roles of civil society in the transformation of welfare states.