Social Enterprises in Germany: Between Institutional Inertia, Innovation and Cooperation

A contrasted institutional and socio-economic landscape

Admittedly, on the one side, the roots and history of the German “SE” sphere of society and economy are stable and long, with quite a few compulsory corporatist associations stemming from feudal and pre-modern times. Important framework conditions have not changed much since World War II or even before; the most significant example in case is the tax relief status of Gemeinnützigkeit, which organisations acquire if they prove to work for the common good, and which still exists largely unchanged and perpetuates hindrances for social organisations to enter certain markets, grow and use capital markets for finance.

Yet, at the same time, we could see an evolution in the institutional landscape, as clearly evidenced, among other changes, by the fact that an ever larger proportion of public money is made available in the form of service fees rather than as outright subsidies, thus creating quasi-market structures where none hitherto existed. This has significantly altered the way in which welfare organisations and other organisations for the common good are being governed and managed these days; entrepreneurial approaches have become essential for many of them. We could also identify new modes of cooperation between traditional charitable organisations and more recent start-ups, as social innovation forces civil society organisations to become more entre- and intrapreneurial.

In the end this led us to the title we chose for our chapter: “Social Enterprise in Germany – Between Institutional Inertia, Innovation and Cooperation”.

The picture is equally “mixed” when turning away from the institutional view and towards the socio-economic environment for the concept of social enterprise: On the one hand, Germany is relatively wealthy, and philanthropic giving as well as civic engagement in the third sector are substantial. New opportunities for SE (sadly) arise where local-level governments can no longer raise the income to maintain certain infrastructures which are important to local communities. On the other hand, acceptance of civil engagement turning entrepreneurial is somewhat tainted by the classical view that common-good organisations do not aim for profit or distribute parts of their profits to capital owners. This leaves successful SEs no option but to pay full taxes, while SEs registered as “gemeinnützig” either remain small or have a long history and some accumulation of assets behind them, which enables them to undertake certain entrepreneurial experiments without having to fear for their organisational survival.

Thus the socio-political and institutional landscape can be held responsible for much of the current picture. Associative not-for-profit traditions are strong, while cooperative-type enterprise models, although still rare, are currently winning in attractivity. The few mutuals still alive have largely lost their social uniqueness. Trusts, in general, do not engage in entrepreneurial activities. While the number of sheltered workshops and social enterprises for handicapped people may reach about a thousand, the number of WISEs for non-handicapped elderly and long-term unemployed has dwindled drastically since the introduction of labour-market reforms (and especially the “Hartz IV” reform) in the early 2000s. Social enterprises of a social-business kind, in the Anglo-Saxon understanding of the term, have become actively promoted since the early 2000s, inter alia by Ashoka Germany. These enterprise models are particularly prone to innovation, active in niche markets and in addressing local or regional needs not yet covered by existing actors.

All in all, Germany has one of the largest “populations” of SE in Europe, yet at the same time, it has a weak ecosystem for start-ups. This is beginning to be tackled, but much remains to be done.

As a team, the three authors of the German Chapter had already been involved, in 2014, in the first drafts of the ICSEM Country Paper on Germany. Other co-authors then were Gunnar Glänzel, Christian Lautermann and Karl Birkhölzer, who also collected data on social enterprises in the field research phase. Nicole, Gorgi and Georg were happy for the opportunity to bring the paper to its current state. 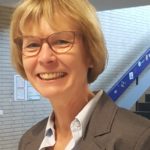 Nicole Göler von Ravensburg is a tenured professor of social economy at Frankfurt University of Applied Sciences. She has been a member of EMES for nearly 15 years and a representative for EMES’ individual members on the Board for the last five years. 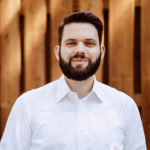 Gorgi Krlev is a senior researcher at the Centre for Social Investment (CSI) of the University of Heidelberg. He holds a PhD in management with a focus on social impact measurement from the University of Oxford (Kellogg College) and serves on the Board of Directors of Euclid Network. 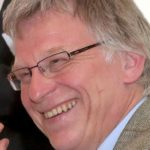 Georg Mildenberger is head of research at the Centre for Social Investment (CSI) of the University of Heidelberg. He holds a PhD in Philosophy (TU Darmstadt). His own research interests are social innovation, social economy, impact measurement and civic engagement. He serves as a treasurer with the board of ERNOP and is assistant editor of the Journal for Social Entrepreneurship.