A concept that is gaining ground despite various challenges

The chapter “Social Enterprise in Hungary: Concepts, Models and Institutions” summarises the development of social enterprises in Hungary by looking at the understanding of the concept, the evolution of the legal framework, the possible legal forms and the previously and currently available support schemes and programmes. The authors also propose six models of social enterprise that can be found in the country. Finally, they provide an analysis of the past and present challenges of the field.

The concept of social enterprise (SE), which has had several definitions and interpretations, was introduced in Hungary two decades ago by private international development organisations, but remained largely unknown for a long time. Other concepts, such as the “non-profit sector”, “civil society” and “social economy” were more widespread and better understood. Today, however, the concept of SE is gaining more ground. Though different definitions coexist, the definition that is most widely used is that put forward by the European Commission’s “Social Business Initiative”.

The current increase in interest in SE is due, to a large extent, to the priorities of the European Union. In recent years, new development organisations have begun activities, banks and financial institutions have started funding programmes, professional networks and alliances have been created to advocate for the organisations, and research conducted by academic institutions has increasingly dealt with the subject. Since 2016, public—EU-co-financed—funding has also been available for social enterprises with work-integration purposes.

However, social enterprises face severe problems stemming mostly from the economic situation of the country, the unpredictable and confusing legal, policy and funding environment and the increasing centralisation tendencies and hostility towards independent organisations by the state. These barriers hamper the day-to-day operation as well as the long-term sustainability of social enterprises.

Still, today, several organisations can be considered as social enterprises, and different categorisations are possible. In the framework of the present research, six models of SE in Hungary were identified: public-service-provision social enterprises, enterprising CSOs, work-integration CSOs, local-development community enterprises, social start-ups and solidarity-economy initiatives. The models were distinguished by the nature of their social aim (including whether work integration is present or not), the fields of economic activity they are involved in and their sectoral affiliation. This typology offers insight into the different dimensions that define the operation of social enterprises and helps understanding the complexity and diversity of the SE field in Hungary. 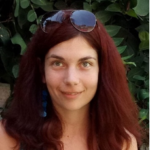 Julianna Kiss is a sociologist whose work focuses primarily on social enterprises, the third sector and civil society. She completed her PhD in Social Policy at the Faculty of Social Sciences, Eötvös Loránd Science University (Hungary) in 2018. Her PhD dissertation examined the emergence of the social enterprise field in Hungary. Prior to her involvement in academia, she worked as a researcher in civil-society organisations. She is currently a research fellow at the Department of Decision Sciences, Institute of Business Economics, Corvinus University of Budapest (Hungary).

Melinda Mihály is an activist researcher in the field of food sovereignty with a background in ecological economics (MSc in Regional and Environmental Economics at Corvinus University of Budapest, PhD at the Institute of Geography, Leipzig University). Her main research field is local agency in the context of structural oppression and socio-spatial marginalisation. She is also interested in the convergence of ecological, feminist and solidarity-economy (framed by left criticism about global capitalism) movements in post-state socialist contexts. 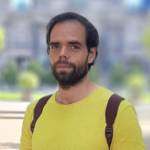 László Hubai is a social policy expert and senior lecturer at the Faculty of Social Sciences, Eötvös Loránd University (ELTE, Hungary). He got his PhD from ELTE Doctoral School of Sociology. His dissertation and research interest focus on understanding the organisational decisions behind the reconciliation of the social and economic identities, as well as on the differences between actual employment practices of work-integration social enterprises through the analysis of conflict-generation effects of the ecosystem and inner parameters of the organisations. In parallel to his academic career, he works as a social worker and organizational developer for the Foundation of Social Innovation, whose primary aim is to support the integration of Roma communities at Átány by organizing after-school club and social services.

A tribute to Prof. Éva G. Fekete by her co-authors: Éva was a respected and recognised researcher and practitioner of Hungarian rural development, a professor at the University of Miskolc and former head of the Northern Hungarian Department of the Centre of Regional Studies at the Hungarian Academy of Sciences. Throughout her work, Éva stood for the advocacy of the socially and spatially marginalised. Her passing in April 2017 is an incredible loss and she will be greatly missed.