Social enterprise in Cambodia: revenue diversification in competitive fields and transitioning to new theories of change

We were honoured to highlight the context of Cambodia in our book chapter in “Social Enterprise in Asia”. Our insights arose collectively from our PhD projects, together with collaboration on a prior project supported by the British Council which led to the instigation of the “National Social Enterprise Conference of Cambodia”. The four ICSEM-COST books allow researchers to learn from the institutionalisation of social enterprise types from one context to another and to subsequently speculate on fruitful engagement with policy and ecosystem actors; Cambodia has much to offer in this regard to researchers on lower-income countries with emerging markets, that have a historic dependency on international aid. As a post-conflict country, transitioned from traumatic experiences with communism, Cambodia also teaches much about contextual obstacles to a cohesive social and solidarity economy. Our findings overall are that NGOs transitioning to market-based approaches dominate the social enterprise landscape; this strategy is adopted largely to diversify revenues in order to cope with increased competition for declining international aid, but increasingly also as a means to achieve social goals with a different, market-driven theory of change.

Our chapter identifies differentiated types of SE in Cambodia concurring with five broad models of SE in the Asian region previously identified by Defourny and Kim (2011), namely: non-profit trading organisations (the most dominant form in Cambodia); work-integration social enterprises; non-profit cooperatives; non-profit/for-profit partnerships; and community development enterprises. We find that the EMES indicators to describe social enterprises need to be approached flexibly in the Cambodian context. Critical issues are the density of non-governmental organisations (NGOs), which is where the overwhelming majority of social enterprises are arising from: Cambodia has the second highest density of NGOs in the world in proportion to the national population. The highest density is in Rwanda, another post-conflict country where lessons from our chapter could be pertinent. The evidence for cooperation and solidarity between NGOs-turned-social enterprises is thin; rather, the mindset tends to be one of competition.

Key variables distinguishing SEs in Cambodia include whether they are formally registered as businesses (NGOs are reticent to change their tax status), and differences in terms of governance, which varies from accountable corporate governance styles to a more common tendency for decisions to be made by one or two controlling individuals. Influential institutions that impact on typologies and thought paradigms are also identified: at the more business-like end of the spectrum, we see a growing influence of “social business” geared towards investment and private-sector partnerships, and delivering for instance water, sanitation and agricultural services on a national scale; there is collaboration on work-integration social enterprise models in other cases. We also identify an acute need for capacity building in the policy sphere where so far only microfinance and agricultural cooperatives have been supported by legislation from the Royal Government of Cambodia. 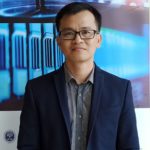 Dr Sothy Khieng is the Founding President of the Cambodia University of Technology and Science and advises the Cambodian National Council of Science, Technology, and Innovation. Sothy’s work on social enterprisers has focused on non-profit resource strategies in the context of changing international aid, together with governance and accountability compared to the wider NGO sector. 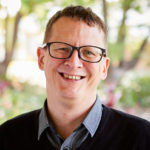 Dr Isaac Lyne is a postdoctoral research fellow at Western Sydney University Institute for Culture and Society. Isaac’s work on social enterprise has been focused on rural community development and service delivery and he employs action research and ethnographic approaches. He was previously a convener of the National Social Enterprise Conference of Cambodia.

Missed the webinar on Teaching Cases? Watch it now!