To date, the field of social enterprise (SE) has been relatively little studied in Switzerland. Nevertheless, Switzerland has long been able to count on a dense network of non-profit organisations (NPOs) and a strong voluntary sector. However, this traditional third sector had to change dramatically at the turn of the millennium under the pressure of the new public management. Moreover, with the rise of unemployment, from the 1990s onwards, a growing number of work-integration social enterprises (WISEs) have appeared in the Swiss third sector landscape.

It is in this context that the development of discourse around SE emerged at the turn of the millennium. If originally this concept was generally associated with WISEs and, to a lesser extent, with certain traditional non-profit organisations (e.g., second-hand shops), new approaches from other countries have come to challenge these representations. The French-speaking part of Switzerland has been influenced by the French “social and solidarity economy”, while the German-speaking part has turned to the “economy of the common good” present in Germany and Austria. A third trend, the “social entrepreneurship”, coming from the US and UK, has appeared more recently on both sides of Switzerland.

These new approaches have contributed to making the SE concept both more visible and blurrier. Thus, there is no consensus on the definition of SE in Switzerland and the practices—economic orientation, social project and governance—of these actors can vary greatly. To highlight this diversity of views on SE, this article presents each of these three “new approaches” as well as the forms they take in Switzerland, and puts them into perspective with respect to the EMES ideal-typical definition of SE.

These three approaches have the merit of challenging not only the traditional conception of the third sector, but also, in some respects, that of traditional enterprises. Yet, the institutionalisation of SE as a solid and integrated, if not unified, part of Swiss economy and social structure is still largely a work in progress. On the one hand, SE are torn between these different approaches and each puts forward specific aspects of the ideal-typical SE. On the other hand, the public authorities, in a very liberal approach to the role of the state, have so far shown little intention of promoting SE as a specific socio-economic model. We therefore conclude this article by highlighting two important challenges in the Swiss institutional context for the future of SE, regardless of the tradition to which it belongs—namely the necessity to intensify collaboration across the various SE trends in Switzerland and the necessity to develop a better integrated research and public policy approach on the field. 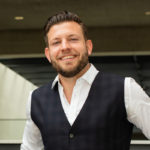 Philipp Erpf is the director and a senior researcher at the Institute for Research on Management of Associations, Foundations and Cooperatives (VMI) at the University of Fribourg (Switzerland). He holds a PhD in the field of social entrepreneurship. His research examines social enterprises and social entrepreneurship, entrepreneurial orientation in non-profit organisations as well as social innovation. 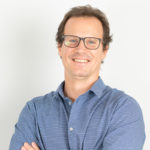 Nicolas Gachet is currently head of Social and Strategic Intelligence at the Hospice Général in Geneva (Switzerland). He has conducted several research projects on the social and solidarity economy at the University of Lausanne (Switzerland) and has extensive field experience in this area, both in Northern and Southern countries. 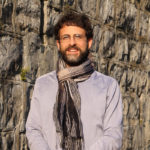 Michaël Gonin is dean and professor of ethics at the Haute École de Théologie HET-PRO in St-Légier (Switzerland) as well as an associate scholar at the Institute for Research on Management of Associations, Foundations and Cooperatives (VMI, Switzerland). He holds a PhD in Business Ethics as well as a M.A. in Marketplace Theology. His research and teaching focus on the meaning of work as well as on social entrepreneurship as an expression of meaningful work at the intersection of business, society and non-profit.