You are here: EMES - International Research Network | Who we are | Individual members | FRANCISCO J. CARO GONZÁLEZ 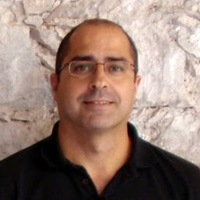 Lecturer at University of Sevilla

It belongs to ” Innovation Management, Quality and Change “” research group.

He has had training and research stays abroad: Strasbourg (EM Strasbourg Business School) and Paris (ESCP Europe); and in the University of Burgos as a visiting professor researcher.

He is currently Director of Occupational Laboratory of the University of Seville.

Competitive research in the following projects: