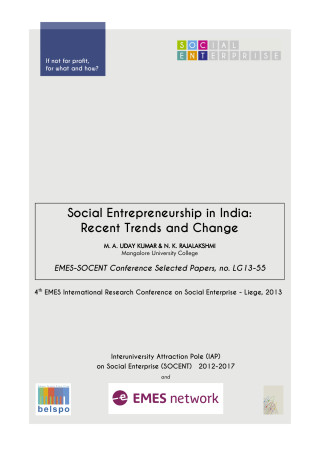 Ideally human life in Indian society was organized on the basis of four ‘Purushartha’s namely Dhrama (Nature, acquisition of knowledge, right path), Artha (Wealth, resources), Kama (satisfy needs mainly something that gives happiness through matter or material), and Moksha (attain salvation, or free oneself from the circle of birth and death. Acquisition of knowledge (in whatever form, need not be in the institutionalized manner) to generate resources to exchange it with material things to satisfy human needs was central design of Indian mind set. The life journey of an individual was heavily influenced by  life ‘before’ and ‘after’: i.e. if a person at present is blessed with good things- it is believed as the product of goods deeds in the previous birth and to ensure the same in future, one is expected to commit to such good deeds. It is a general idea embedded in most of the religious philosophy in India. This is to state that there is a school of thought in India that argues for extending a helping hand to those who are in need of.

With colonization of the continent, the Indian society underwent an economic and social transformation. The process of modernization resulted in provision of modern education, creation of modern institutions and setting up of industries. Consequently, a class society started emerging. Though the entry barriers to the new found class was (theoretically) visibly absent, for majority of the people from lower strata it was very difficult to walk over to new found class in modern society. Poor representation of down trodden in the modern institutions made strong case for state intervention. Development design (guided by the spirit of mixed economic model) of Independent India that attempted to transform life of people from all walks of life also met with poor results . Economic performance and social impact of the functioning of both public and the private sector could not meet the expectations of the citizens. It is to bridge this gap, that we in India have variety institutions formal and informal, visible and invisible operating to address the needs of the marginalized. Almost all these institutions are mission driven, voluntary, and supported substantially by public

After four decades of independence there has been a paradigm shift in the development policy.  Consequent to this the balance titled from left of the center to the right of the center. There was a clear shift from the earlier socialistic pattern to market economy with a new economic policy. The changed economic policy opened sufficient space for the ‘Third Sector’ initiatives that was believed to play and active role in pursuing inclusive growth.  In post liberalization India on the one side we have built globally competitive sectors like Information technology, bio-technology, whilst at the same time the economy is bogged down by a huge army of unemployed youth, large number of mal nourished children, large-scale migration from rural area to the urban, feminisation of jobs, and burgeoning informal sector. Problems connected to above dichotomy of diverging economic condition within economy, necessarily called for agencies to address the challenges emerging in the post-reform period.  It is in this context that ‘Third Sector’ and initiatives within this sector like social entrepreneurship are attracting attention of policy makers and practitioners.