Reform to the Law of Social and Solidarity Economy of Mexico 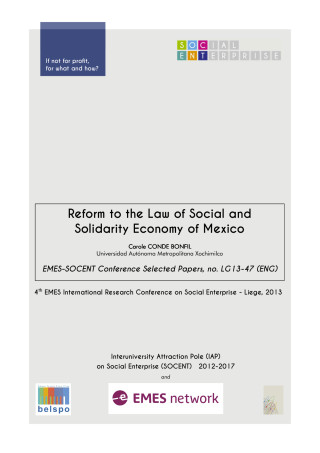 Mexico was one of the first countries to attempt the creation of a legal framework for social economy, but after several initiatives to the Law of Social and Solidarity Economy (Ley de Economía Social y Solidaria, LESS), it turned out highly limited and just one year later it was reformed with so significant modifications that it leads to question whether it truly presents some progress or is just a change to keep everything the same.

Therefore, the purpose of this article is to analyze the law in force (LESS-13) in order to determine whether:

Section 1 presents some historical elements to explain some of the difficulties LESS had to face during the legislative procedure, as well as its two reforming decrees in 2013; Section 2 analyzes the achievements and retrocession of LESS, and finally, Section 3 is intended as an overall balance.