The evolution of an emerging and fragile SE field

We are excited to present this first “national” chapter in the book Social Enterprise in Central and Eastern Europe – Theory, Models and Practice. Our research deals with the emergence and evolution of social enterprises (SE) during different periods (Ottoman, capitalist, socialist and post-socialist/capitalist) of Bulgaria’s socio-economic development, from the second half of  the 19th century until nowadays. We have been motivated by the fact that studies on SE in Bulgaria are still rare, against the background of the dynamics in the sector in Europe and in the country in the last decade, as well as the centuries-old national traditions in this field. We thus aim to fill the gap in the academic literature and to attract the interest for and increase the knowledge of the sector among scholars, policy makers and citizens.

The chapter reveals the role of the “zadruga”—the first collective form of economic life in the Bulgarian lands (and other parts of the Balkans), which was based on self-organization, solidarity, mutual aid, and common production and consumption of goods. We present this typical primitive form, which was the predecessor of the cooperative, and its development in a context characterised by missing statehood, non-market and non-monetary economy within the Ottoman Empire (14th-19th centuries). Zadruga evolved under the influence of rural credit cooperatives in Western Europe in the second half of 19th century, thus paving the way to the emergence of the modern cooperative. Agricultural credit cooperatives and popular banks played a key role in the  economic development from the early 20th century until World War II.

We also share insights about “chitalista”, a unique form of SE that engaged in educational, cultural and enlightenment activities among the Bulgarians during the Ottoman period, and through which modern European ideas and achievements penetrated the country. Nowadays chitalista continue to perform their social mission.

Today the SE sector in Bulgaria is still emerging and fragile. The study discusses major issues of the evolving ecosystem and the strong influence of EU policy on SE development and institutionalisation. The epic challenges to the economy and the society posed by the Covid-19 crisis make us believe that despite the enormous risks, social business ideas and organisations will attract a much greater part of the population and the sector will further strengthen and unfold its potential to address pressing socio-economic issues in Bulgaria. 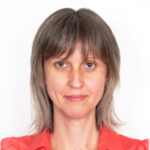 Tsvetelina Marinova is a Senior Assistant Professor in the Department of Economics, New Bulgarian University, Sofia (Bulgaria) and a long-standing EMES member (check her profile here). She is also an associate researcher at CRIISEA, University of Picardie Jules Verne, Amiens (France). Her research is focused on European economic and monetary integration and social and solidarity economy in the Balkan countries. 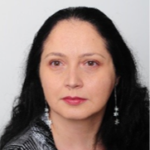 Visit the Routledge website to get information about the “Social Enterprise in Central and Eastern Europe. Theory, Models and Practice” book as well as the full Social Enterprise and Social Innovation series. You can also contact these national researchers to learn more about their work or download the project flyer here.

The seminar offered by LAM/CED

Call for contribution: thematic chapter on “The Social and Solidarity-Based Economy” in the Journal of Comparative Labor and Social Security Law