Social enterprises coping with challenges of the post-welfare state: health cooperatives in urban areas and Koseiren in rural areas

In Japan, there is neither a common definition of social enterprises (hereafter referred to as SE) nor a public policy to promote them. This does not mean there is no such phenomenon or no need for SE; a variety of practices of SE are emerging and there exist crying needs for them in the post-welfare state to cope with the increase in unemployment and precarious employment, the financial difficulty in maintaining health and social services, the social exclusion of disadvantaged groups and the collapse of communities in both economic and social contexts.

This chapter focuses on social enterprises active in health and social service provision. It gives an overview of health and long-term care services in Japan, lists types of service providers and compares them in light of EMES indicators. It identifies health cooperatives in urban areas and Koseiren (agricultural cooperative federations) in rural areas as typical SE models in the Japanese context and explains their characteristics (mission, target groups, governance and resources) and institutional trajectories. 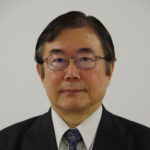 Akira Kurimoto studied law at the University of Tokyo. He was a professor of cooperative programme at the Institute for Solidarity-based Society at Hosei University, Tokyo during the 2015-2020 period. He has been a board member and the chief researcher of the Consumer Cooperative Institute (Japan) since 1998, and the general secretary of the Robert Owen Association. He served as the Chair of the ICA Research Committee (2001-2005) and is the Chair of the ICA Asia Pacific Research Committee. He is a founding member of the Asia Pacific Cooperative Research Partnership, which published a volume titled Waking the Asian Pacific Cooperative Potential in 2020. His main research interests include cooperative laws, cooperative economics, cooperative history, corporate governance, food supply chain, health and social care and the social economy/social enterprises.