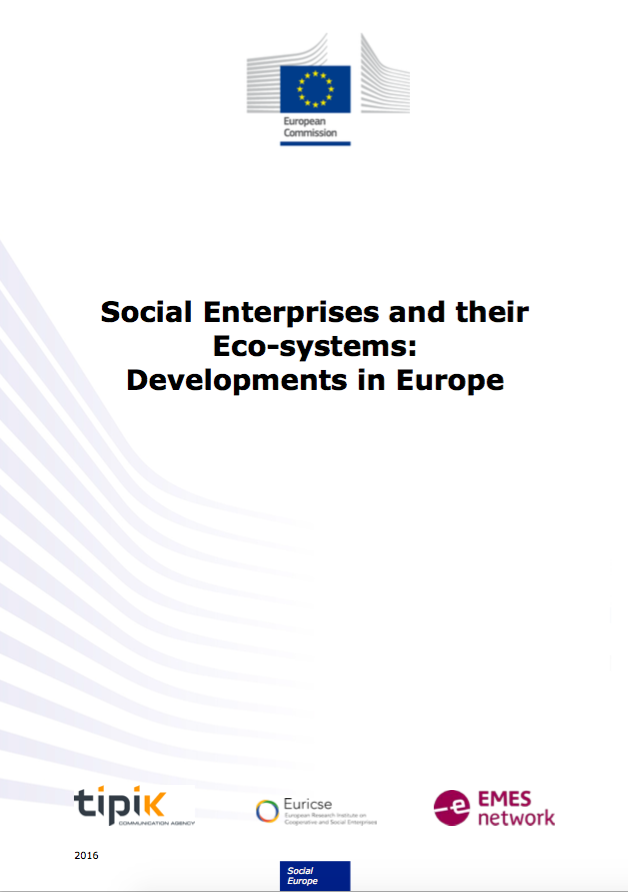 The follow-up the “Mapping study on social enterprise eco-systems” in Europe commissioned to EMES and Euricse has just been launched. As already announced last April this project aimed at updating and completing seven of the 28 national reports in EU countries and Switzerland published by the EC in 2014.

EMES and Euricse have coordinated a network of national researchers both from within and outside their communities to ensure the deep knowledge and connection to the field given the complex historical, socioeconomic, political and cultural backgrounds existing in each of the countries.

The seven countries and the researchers mobilized are in each of them are:

The European report includes an overview across the seven countries as well as some reflections on future trends.

The project also counted with an Advisory Board composed of Naděžda Johanisová from the Czech Republic, Fergus Lyon from the UK and Victor Pestoff from Sweden/US. ICSEM scientific coordinators, Marthe Nyssens and Jacques Defourny from Belgium, also provide valuable feedback on the process and some of the reports.

After a year of intensive work, coordination, and consultation with stakeholders, this exercise has confirmed the consistency and evolutionary dynamics of the various organizational typologies that form the social enterprise universe of each country. At the EU level, it appears that the number of social enterprises in Europe is increasing and they are engaging in new fields. Many countries are introducing new legislation as well as new support schemes to boost the development of social enterprises.
Both public and private markets offer new opportunities for social enterprises to start up and grow.

The reports place social enterprises in their societal and economic context, notably explaining their relation to so called social economy, which have a strong tradition for example Italy, France, Spain and Belgium. An important finding is that both social economy and social enterprises have shown resilience and job retention during the economic crises and beyond. Because they respond to concrete societal needs and are often locally rooted, they are not exposed to speculative risks or job losses due to relocations.

8th EMES Research Conference to be held at Teruel Campus

Social Enterprise in the Czech Republic: Heritage and New Developments