You are here: EMES - International Research Network | Social Enterprise in Italy: A Plurality of Business and Organisational Models

Social Enterprise in Italy: A Plurality of Business and Organisational Models

Other SE forms beside the well-known “Italian social cooperatives”

The importance and novelty of this book chapter lie in the fact that it presents the results of the research conducted by the Italian team of the ICSEM research group, which highlights the existence of other SE forms, beside that of SC. There are for example associations and foundations that operate as real social enterprises. These results open up at least two interesting research and development perspectives in the non-profit sector.

The first perspective concerns the aspects related to research. As just mentioned, in Italy, alternative forms of SE, beside SCs, have been little studied so far. Therefore, investigating their governance, the role of volunteers in these organisations, the type of commercial income upon which they rely, and more of these new types of SEs will certainly be important, both nationally and internationally, to bring to light the new SE models.

The second aspect is rather linked to the world of practitioners, such as social entrepreneurs and, more generally, non-profit operators who, in the present context of a strong reduction in public subsidies and donations, can see in the development of a commercial activity a possible and concrete solution to the current crisis.

The research presented by Simone Poledrini and Carlo Borzaga also presents detailed quantitative information about social enterprises in Italy, their different legal forms, their regional distribution, their sector of activity, their resource mix and various other aspects—but to discover these details, the authors invite you to read the paper—and hope you will enjoy the reading! 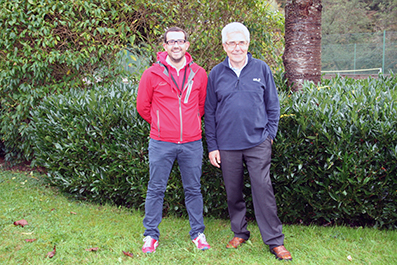 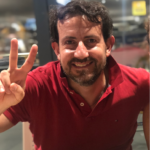 Simone Poledrini, current member of the EMES Board of Directors, is an associate professor at the University of Genoa (Italy). He earned his PhD in management at the University of Perugia (Italy) in 2008. His primary research interest is about social enterprises, with a particular focus on the different typologies, the theory of reciprocity and the strategic assets pursued by social enterprises. Since 2019, he has been a member of the EMES Board of directors. He has published in several international journals and is an associate editor of the Journal of Entrepreneurial and Organizational Diversity (JEOD) and Impresa Sociale (an Italian journal on social enterprise). 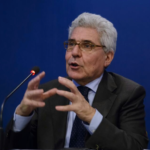 Carlo Borzaga is one of EMES’ founding members, and a senior professor of economic policy at the University of Trento (Italy). His research interests include cooperatives, social enterprise, the economic and social role of non-profit organisations and their interactions with welfare policies. He has chaired EURICSE (Italy) since its foundation, in 2008. He is also a founding member of the EMES International Research Network and a member of the board of the IRIS Network (Italy). He sits on the editorial board of several journals and is co-editor of the Journal of Entrepreneurial and Organisational Diversity.

The third and last Empower-SE podcast episode: Approaching Social Enterprise from an Ecosystems and Governance Perspective