Social- and Solidarity-Economy Organisations in Argentina: Diversity, Models and Perspectives

In Argentina, the concept of “social enterprise” (empresa social) is limited to one type of initiatives, namely organisational experiences that focus on the work integration of people with disabilities or mental health problems. Consequently, and in order to cover a greater number and diversity of initiatives existing in the country, we decided to use the more comprehensive concept of “social- and solidarity-economy organisation” (SSEO). The main purpose of the Argentinian chapter was to elaborate a proposal for the identification and characterisation of the different types of SSEOs in the Argentinian context. A classification was put forward which identified five main models: (a) workers’ self-managed organisations; (b) entities of the traditional social economy; (c) cooperatives for social inclusion related to state policies; (d) social businesses led by social entrepreneurs; and (e) associative and family popular initiatives. Before that, the chapter presents a brief historical framework of the Argentinian economy and an account of the emergence of the concepts and experiences that make up the field of the social and solidarity economy in the country. The chapter ends with some considerations regarding the particularities of Argentinian SSEOs in an international perspective, and their prospects in the current national and Latin American context. 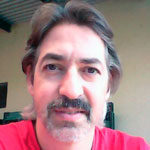 Gonzalo Vázquez obtained his Bachelor in Economics from the University of Buenos Aires (UBA) and his Master’s degree in Social Economy from the Universidad Nacional de General Sarmiento (UNGS, Argentina). He is a researcher and professor of the Instituto del Conurbano (UNGS). His main areas of interest are related to the economic development of Latin American countries and to the experiences and theories of alternative economics, and his main research topics focus on worker cooperatives and popular-economy initiatives.

Visit the Routledge website to get information about the “Social Enterprise in Latin America” book as well as the full Social Enterprise and Social Innovation series. You can also contact the national researchers to learn more about their work or download the ICSEM Project’s flyer here.

The seminar offered by LAM/CED

Call for contribution: thematic chapter on “The Social and Solidarity-Based Economy” in the Journal of Comparative Labor and Social Security Law