You are here: EMES - International Research Network | Sharing practices and approaches to tackle the migration and refugee challenge in Europe 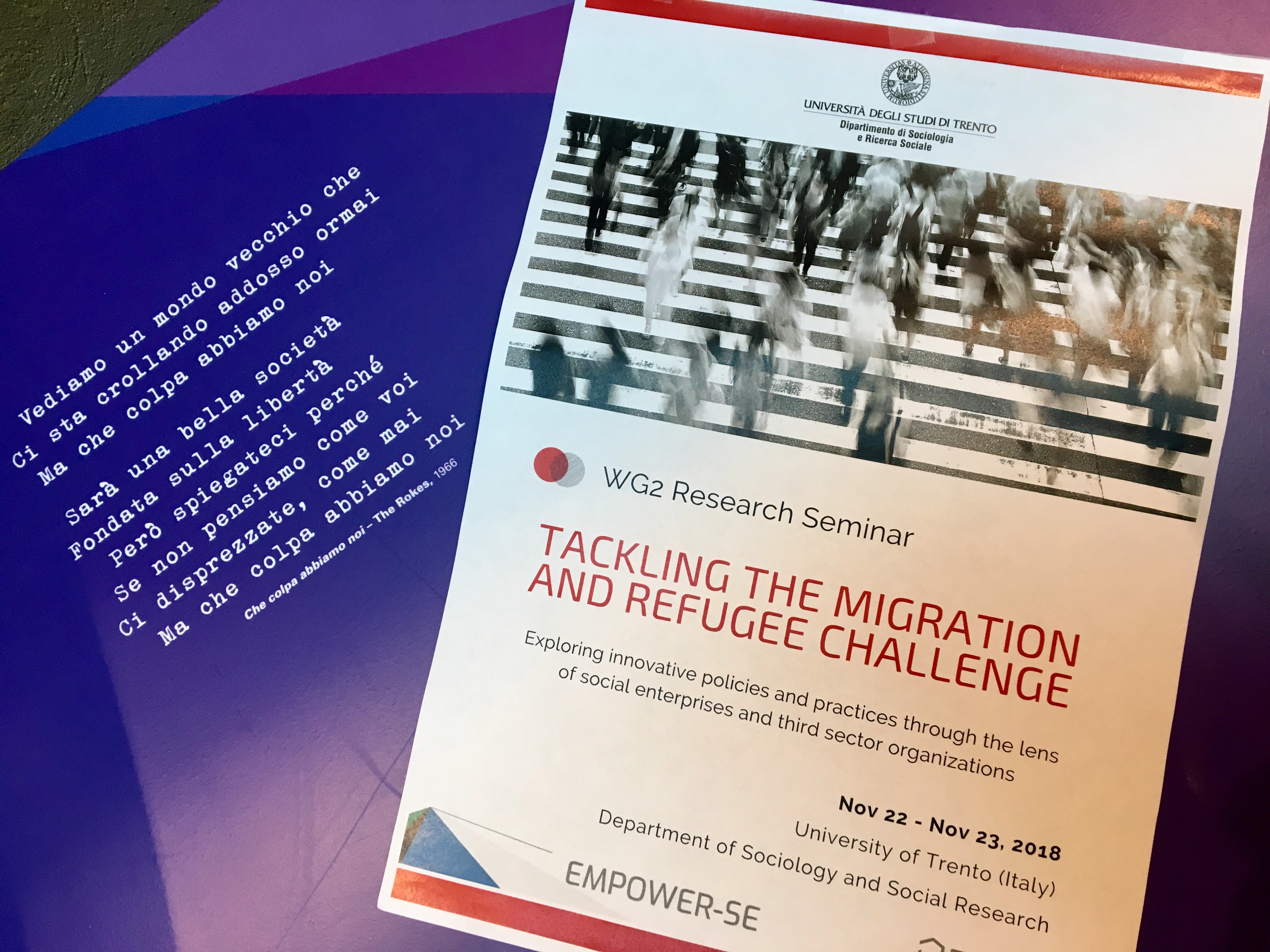 The WG2 COST Research Workshop “Tackling the migration and refugee challenge” organized in the framework of the COST Action EMPOWER-SE, succeeded in creating a fruitful discussion forum among over 40 researchers coming from 15 diverse EU countries, who are studying the migration phenomenon from different disciplinary angles. During the two-days COST workshop economists, sociologists, anthropologists and political scientists shared the findings of their in-progress investigations and contributed to shed light on both the limitations and challenges faced by current research in a field that has high policy implications.

Several presentations focused on the conditions under which Third Sector Organizations (TSOs)-including social enterprises-can have a role in designing effective socio-economic inclusion pathways that generate a beneficial impact upon recipients and hosting communities alike. These include new working tools and methodologies that despite having proved to be effective, are still little visible. Against a background of dehumanization in the asylum-seeker welcoming system, presenters also shed light on the isomorphic pressures that push many TSOs to either behave like quasi-public bodies or to mimic the management strategies adopted by conventional enterprises. Public contracting designed to contract out the delivery of reception services was described by more than a few researchers as highly controversial in several EU countries, because incline to favour large and consolidated TSOs that have lost their links with local communities rather than grassroots organizations that are prone to innovate service delivery. Furthermore, some presenters shed light on the key role played by volunteers in triggering very pragmatic welcome and integration practices that succeed in both empowering recipients and strengthening community resilience. Attention was paid also to new forms of engagement via social media and networks that have the power to mobilize an extraordinary number of people, but are also extremely volatile. 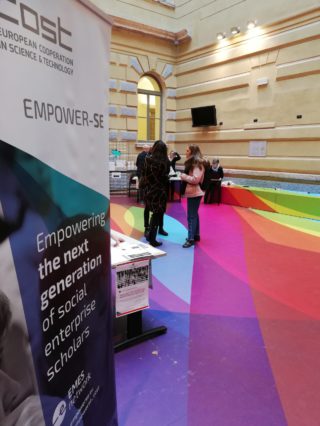 Based on the discussions carried out in the various sessions, two aspects stand out from many of the case studies presented: the context dependency and the high level of experimentation present in these experiences. The red thread that unites the good practices presented seems to be the strong embeddedness at the local level, the active participation of diverse stakeholders promoted, the entrepreneurial inclination, the high propensity to network with a plurality of local actors, the independence from policy lines defined by public authorities and the political resistance these initiatives put in place at the local level to fight against the growing anti-immigration sentiment that is spreading all over Europe.

One of the traits of EMPOWER-SE is its commitment to connecting with stakeholders through a number of events. In Trento, there was a double event, the first one in the evening of Friday through an informal bridging meeting and the second one on Saturday with a full-day seminar. After the two-day COST workshop a significant number of researchers participated also in the stakeholder meeting that was organized by one of EMES’ Italian institutional members, Euricse, in cooperation with the University of Trento, EMES and the Consortium In Rete. The workshop, entitled “Territori accoglienti” (Welcoming territories) gathered around 300 participants, including practitioners and policy makers that are running innovative welcome initiatives, are experimenting with new integration pathways and are designing novel forms of public-private co-planning of local welfare policies.

Several lessons were brought forward thanks to this interaction with stakeholders. On the one hand, the need to avoid looking at welcoming systems beyond the mere provision of services as it has been traditionally the case. Giulia Galera, chair of the Workshop and representative of the local host, Euricse, states:

“the fact of developing systems that welcome and integrate refugees and asylum-seekers is way more complex and requires the wide commitment and vision from many actors in society.” 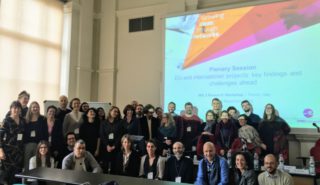 Moreover, on the other hand, such development and mobilization should not rest on the “rhetoric of the good immigrant” because the existence of a welcoming system based on human values should not be contingent on their being “good” but rather on its own duty and responsibility towards the rule of law (in addition to moral principles).

There is also a need to contribute data, explanations and a counter-discourse that goes against the statement “they arrive and cost public money” in order to show that, as a matter of fact, they can (and do) contribute to territorial development, as has already been demonstrated in depopulating territories that have been brought back to life thanks to the arrival of people from other parts of the world. Of course, such arrival ought to be based on a system of integration that is coordinated among the various agents and on principles of justice, equality and respect. To use an expression that is dear to public administrators and policy makers, these people “create economy” as opposed to generating public expenditure. Needless to say, a solid vision, first-hand experience, technical knowledge and human qualities are required for the possibility of this new way to create economy to emerge and thrive to avoid the consolidation of territories in this “Old Europe” that empties, grows old and dies of loneliness.