The authors collectively felt privileged to contribute a chapter examining religious influence on social enterprise to the book Social Enterprise in Asia. This was born from authors’ reflections and exchanges during and after two conferences in 2017: first, a conference organised by the Social Entrepreneurship in Southeast Asia (SESA) Network in Phnom Penh, Cambodia; and secondly, the 6th EMES International Research Conference, in Louvain­la-Neuve, Belgium. The authors felt a need for this chapter to be written for three reasons. First, the influence of religious beliefs, values and practices on social development is too significant to ignore. Secondly, there is a strong tradition of religiously motivated entrepreneurship that guides work and business ethics. Thirdly, related to the second point, pro-social motives that underpin religious values and practices are one entry point into exploring institutional logics in the social economy in many countries, including those in Asia.

During their discussions, Dr. Isaac Lyne, Dr. Jieun Ryu and Dr. Yong Yuan Teh shared their interest in how religion influences the mission, strategies, and governance of social enterprises in Asia. Meanwhile, Assistant Professor Tetsuya Morita, who researches religious entrepreneurship in Africa, helped to guide the literature review. The formulation of the research question was especially guided by a research article written by Estelle James (see reference below), in which James hypothesises that the level of motivation among religious organisations to engage in not-for-profit education service provision in a given society depends on the level of socio-economic development and consequential scale of public education deficits that need to be addressed, and also on the relative religious heterogeneity of that society, which drives competition for congregations to conduct outreach work. The research question is:

How does the institutional influence of religion impact on social enterprises’ strategies for achieving social goals and organisational sustainability? And how is this affected by variations in religious heterogeneity and national income status?

The case studies of social enterprises that the authors settled on are located in Cambodia, Malaysia and South Korea, which allowed for the contrast of different majority faiths. Following our reading of Estelle James, they also allowed us to account for different levels of socio-economic development and different degrees of religious heterogeneity: in Cambodia, a lower-middle income country that was until recently a low-income country, 95 percent of the religious population follow Theravāda Buddhism; in Malaysia, an upper-middle income country, 60 percent of religious congregations are Muslim; and in South Korea, a higher income country, religious following is heterogeneous, with around 20 percent of congregations identifying with Protestant Christianity which, over the past 40 years, has become the largest overall.

Our findings partially support James’ hypothesis but show the limited analytical value of universal frameworks and need for nuance, with a wider range of contextual variables to understand the strategies adopted by religious social enterprises than those that James identifies. In the case of Malaysia, for instance, it is social conservatism rather than limited public budgets that generates a gap in service provision, which BFWH is filling in cooperation with other organisations. In Cambodia, while there is not much competition for religious congregations, there is an emergent thread of engaged Buddhism in the non-profit sector and intense competition for grants from international development agencies which drives commercial activities. Meanwhile in Korea, which adheres to James’ hypothesis more readily, the Loving Line Empathy Shop has declined to pursue government support and register as a social enterprise in accordance with government regulations, as the management are wary of being co-opted into policy agenda that they do not agree with and losing their sense of identity in the process; this final insight is pertinent to wider concerns with the attempt to enrol religion into public policy and development policy agendas when the institutional logics are not easily reconciled. 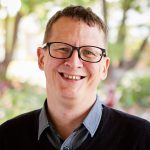 Dr Isaac Lyne is a postdoctoral research fellow at Western Sydney University Institute for Culture and Society (Australia). He was previously a convener of the National Social Enterprise Conference of Cambodia. 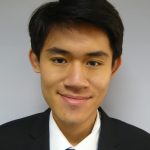 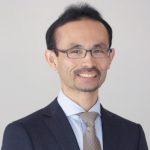 Associate Professor Tetsuya Morita is based at Tokyo Christian University (Japan). Before moving to academia, he had served with an international NGO, Food for the Hungry International, in Nicaragua and Ethiopia.

The authors would like to acknowledge the input of Dr. Jien Ryu in writing this blog and Assistant Professor Tetsuya Morita for help with writing the book chapter.