This two-day Seminar program will open with a unique keynote address by Professor Margaret Somers, a sharp critical thinker who has made a deep impact on contemporary social science. She has not visited Europe in a while, so it will be quite a unique opportunity to listen to and discuss with her and other scholars inspired by the work of Polanyi.

Professor Margaret Somers (@margaret_somers) is a social theorist and comparative historical sociologist specializing in economic, political, and cultural historical sociology. She works under the guidance of Karl Polanyi’s intellectual and moral legacy and seeks to express Polanyi’s commitments in her writing. At the core of her work stands the ability to conceptually link and relate issues that often appear to be isolated and unrelated.

The notion of an “institutional configuration”, for example, is used for studies of social capital and citizenship in relation to welfare-state transition and free market ideologies. Concerning the third sector, Somers has argued that the imperative to theorize civil society as a third realm of social solidarity separate from state and market has been too great a burden in the challenge it poses to the binary hegemony of classical social and political theory. The consequence of this overload is that the civil society concept has been increasingly subsumed by a ‘private, anti-political, free market’ ideology (Somers, 1998, 2008). Accordingly, a third sphere separate from state and market is a fragile, if necessary, construct. 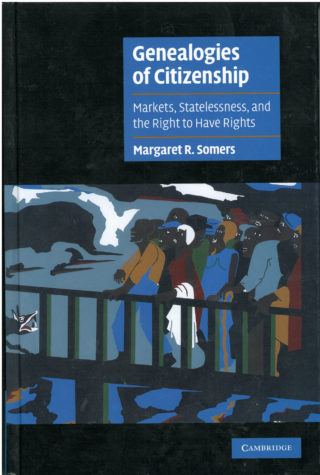 Her book Genealogies of Citizenship: Markets, Statelessness, and the Right to have Rights (Cambridge 2008), focuses on how decades of market fundamentalism have transformed increasing numbers of rights-bearing citizens into socially excluded internally stateless persons. With Hurricane Katrina’s racial apartheid as a demonstration case, Somers alerts us that the growing moral authority of the market is distorting the meaning of citizenship from non-contractual shared fate to conditional privilege, thus making rights, inclusion and moral worth dependent on contractual market value. The book received the 2009 Giovanni Sartori Award for Qualitative Methods by the American Political Science Association, which honors Sartori’s work on qualitative methods and concept formation, as well as on problems of context for concepts in new spatial and temporal settings.

A central theme in Somers’ work is a critique of how “Romancing the Market” (1998) is having a lasting and deep impact on both contemporary society and on social science itself. One of the chapters from her 2008 book, “Let them Eat Social Capital”, may be the most thorough existing critique of social capital ‘classics’. It ends with the words:

“Social capital is bad for reducing poverty or elevating cultures; and it is bad for sociology – as a discipline and as a social project. Above all, it is very bad for democratic citizenship.” (Somers, 2008).

Her book (co-authored with Fred Block), The Power of Market Fundamentalism: Karl Polanyi’s Critique (Harvard 2014), is an intellectual archeology of Polanyi’s thought.  The book aims to generate a repertoire of concepts and theoretical insights that can help explain recent major reforms/cutbacks in the welfare state, the 2008 financial meltdown, as well as create a usable Polanyian social theory.

The book develops three themes that are closely linked with the objectives of the 3rd International EMES-Polanyi Seminar. Firstly, that markets may be necessary, but they are “also fundamentally threatening to human freedom and the collective good.” The second theme stresses that “the free market celebrated by economists and political libertarians has never – and cannot ever – actually exist.” And following the first two themes, the third addresses the seductive persistence of free market ideology that is “rooted in its promise to reduce the role of politics in civic and social life.”

Lars Hulgård, Professor of Social Entrepreneurship at Roskilde Universiy and chair of this International Seminar, has known Margaret Somers since 1998. He recognizes that her impact on his own development as a scholar has been significant. Back from that time, he keeps some notes that illustrate how Somers makes Polanyi relevant to contemporary critique: 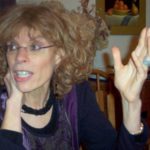 “My inspiration is Polanyi. Polanyi can be defined in many ways, but he was primarily a social theorist and a social economic anthropologist. His notion of ‘the social’ is very much what we now call civil society, because he understood the social world as composed of the three spheres of market, state, and that of social solidarity. For him the realm of society is fundamentally made up of systems of social relations, and social ontologies are defined by the institutional arrangements in which people find themselves.”

At the moment professor Somers is completing a book on “The Making of Modern Citizenship Rights,” a work of political economy and comparative historical sociology with a focus on English legal history.

You can still submit your abstract until February 28th. After that date, you will also be able to register without presenting a paper if you are interested. Don’t miss this unique opportunity to listen to meet her and join us in Roskilde!