Today, we’re presenting TIMES (Institutional Trajectories and Social Enterprise Models in Portugal), a research project led by our institutional member Center for Social Studies of the University of Coimbra, that aims at analyzing the meaning, profile, institutional context and roles of social enterprise (SE) in Portugal, in order to help strengthening its role in solving social and societal problems.

The final conference, while presenting the main results of TIMES, aims at encouraging a discussion on the main challenges for SEs at the organizational, social and political levels and help forward an agenda for their role in society. This is done by situating the Portuguese case within experiences of other European countries and in relation to European institutions, policies and initiatives. The full program in English is available here.

TIMES has an international projection, since it is crucial to locate the Portuguese experience about SEs in the European scenario, in order to grasp similarities as well as specificities of Portuguese SEs in comparison to other European countries. We asked the principal investigator of the project, Sílvia Ferreira, about the connection of this project to EMES:

“TIMES is tightly connected to the conceptual and methodological proposals of the ICSEM project, especially in its first part, which is devoted to analyze trajectories and models of SEs in Portugal. In its second part, where the focus is on how SEs interpret and address social and societal problems, TIMES has strong links with the Empower-SE COST Action“.

As for the main lessons extracted from the project, as in other contexts, Portuguese scenario for SEs shows a great heterogeneity, which are best described with different trajectories and organizational models, as most EMES researchers have also found in their countries. Despite the lack of specific SE frameworks and the general lack of interest for the concept itself, the reality is that SE is a vibrant and socially innovative field which finds creative answers for the existing gaps and opportunities. While the large majority of SEs exist within the social economy legal forms, there are also SEs emerging from the new discourses on social innovation and social entrepreneurship. Through the analysis of the contribution of SEs in addressing social and societal issues, TIMES has highlighted the role these organizations play in the fields of employment, social inclusion, arts and culture and environmental sustainability. They identify and tackle problems and they offer solutions which suggest systemic changes. They are in co-evolution with public policies, being shaped by them, but also developing strategies and tactics to influence public policies, the political agenda and the public opinion. 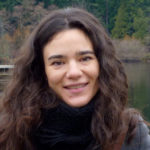 We also asked Michela Giovannini, researcher participating in the project, about an anecdote from the research process: “We were impressed by the interest that this study has raised, being one of the few that so far has focused on SEs in Portugal. We had a very good response by all the stakeholders that participated in the research, such as policy makers, researchers, funders, infrastructure organizations and SEs, and we have much to thank for their generosity.”

The aim of the closing conference is to generate a fruitful debate between policy makers, practitioners and academics, as there are not many occasions of dialogue among this diversity of stakeholders. Moreover, the conference arrives with perfect timing with the Action Plan for the Social Economy in the agenda of policy makers both in Portugal and Europe and its scheduled launch at the end of 2021.

Missed the webinar on Teaching Cases? Watch it now!