You are here: EMES - International Research Network | Endogenous vs. Exogenous Drivers in the Development of a Social Enterprise Sector

The aim of this chapter is to discuss the role that endogenous and exogenous factors play in the constitution of a contemporary national sector of social enterprise (SE). More precisely, the authors contrast nationally specific and historically rooted drivers in Armenia, Greece and Serbia with global, internationally diffusive drivers in order to assess their specific value for the development of social enterprise in a country. By endogenous factors, they mean authentic forms of SE-like organisations that have a history of functioning in a country, national laws and regulations rooted in that history as well as a nationally constituted institutional framework. By exogenous factors, they refer to policy initiatives, financial incentives, knowledge and management forms coming from the broader surroundings (the European Commission or EU member countries, the US, various international organisations and networks).

The authors presume that conditions for the sustainable growth of the SE sector are met only when the inevitable global diffusion of SE goals and models meets authentic needs and historically developed, culturally conditioned practices in a country.

Their comparative analysis of Armenian, Greek and Serbian historical paths in the development of national SE sectors indicated that without strong endogenous drivers, exogenous factors only produce short-term and often vague effects. This is a major reason why a top-down approach in constituting an SE sector will fail if it does not meet genuine social entrepreneurial initiatives and a collective identity in the field—and the latter is something that takes time and a lot of effort to build and maintain. For the same reason, more detailed research on the effects of the transfer of funds, knowledge and experience from more developed SE ecosystems to less developed ones is needed. It is also evident that local networking should be supported and advocacy continued in order to empower collective identity and solidarity culture in the field of social enterprises.

The authors: Slobodan, Konstantina and Vardan 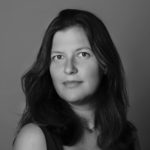 EMES member Konstantina Zoehrer is an independent researcher and adviser on socioeconomic development and policy with a special research focus on social innovation within urban and community contexts. She has served as an expert to the European Commissions’ Expert group on social economy and social enterprises (GECES).

Slobodan Cvejić is full professor of sociology at the Faculty of Philosophy, University of Belgrade (Serbia). He teaches economic sociology, sustainable development, research methodology and statistics. Major areas of his empirical research are social inequalities and social inclusion, social enterprises, social stratification and class mobility. Slobodan Cvejic also does research and consultancy in the area of social policy. 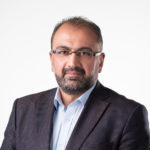 Vardan Urutyan is Rector of the Armenian National Agrarian University (ANAU). He is also a Texas A&M Adjunct Professor. He has developed and implemented a number of world class educational programmes jointly with leading US and European universities and is a member of a large number of respected international research institutions. He is the co-founder of the EVN Wine Academy and the AgriTech Startup Incubator, the first agritech and foodtech incubator of Armenia. Dr Urutyan teaches Financial Management and Financial Analysis. He has been an expert/chief researcher/team leader in the World Bank, Asian Development Bank, UN FAO, UNDP and many other local and international organisations. Dr Urutyan has published over 40 research works. His vision is to transform ANAU, agriculture and the Armenian higher education system towards the technology and digital excellence.