You are here: EMES - International Research Network | Coming together to strengthen the community around social enterprise research 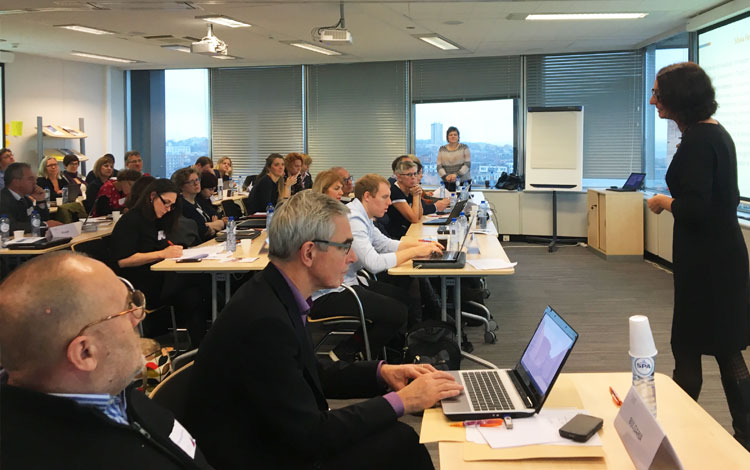 Coming together to strengthen the community around social enterprise research

As announced last September, EMES won the EMPOWER-SE Action granted by the COST Association. A total of 35 countries are now formally part of the management body of this project (the “Management Committee” or MC) plus 10 near-neighbouring countries and international partner countries.

Last Monday, we held the first meeting of the MC at the premises of COST, in Brussels. It was such a large group that -for the first time in the history of COST history meetings- we run out of coffee! (Although it was quickly and smoothly fixed.)

Over 50 researchers from the 35 countries represented in the Action came to learn about how EMPOWER-SE will, in the upcoming four years, overcome fragmentation at the level of social enterprises knowledge. When we say “fragmentation” we mean both from a geographical and a disciplinary point of view, as well as from the perspective of different categories of stakeholders.

Following with the COST spirit, the main aim of EMPOWER-SE is to create spaces where researchers can come together with their own ideas and backgrounds, thereby unlocking the full potential of science. As explained by Luule Mitzera, the Action’s scientific officer “COST was created in 1971 with the aim of leveraging funds from different EU countries (now 37) to advance science through the networking of researchers. In COST, science is about people so it embraces diversity by being  open, ingenious, human and easy.”

The added value of the action led by EMES is bridging different social enterprise traditions and approaches as well as epistemologies in addition to connecting researchers and incorporating ‘peripheral’ countries so as to get away from the situation where some countries “overperform” in terms of research contribution while others stay behind.

“We have a huge responsibility with the opportunity that EMPOWER-SE has created: in addition to achieving the research coordination objectives defined for the Action, we need to make sure that ties among researchers are forged, that we create the best environment for this research connections to flourish and that everybody interested in social enterprise research knows and is excited about them!” says Rocío Nogales, scientific representative/communication officer of the Action and director of EMES.

During the first Management Committee meeting, participants already took many decisions and discussed about possible activities for the next periods wihtin each Working Group (they are described on pages 11 through 13 of the MoU). Concretely, two open events were approved: the co-organized 3rd EMES-Polanyi Seminar in April in Denmark and the first Training School of the Action next June in Southern France. 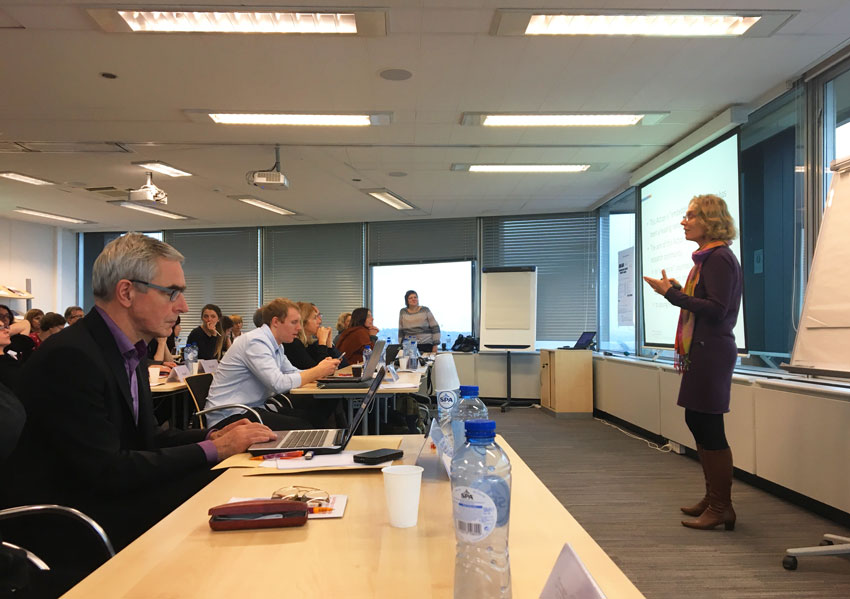 These events aim to open to various understanding the different social enterprise models across Europe and the world. According to the Chair of the Action, Marthe Nyssens, this is important because “this knowledge is necessary to improve our understanding of their contribution to society and to addressing major contemporary societal challenges.”

To learn more about the EMPOWER-SE Action or the activities already planned, you can click on the links provided above or contact us at empower-se@emes.net.