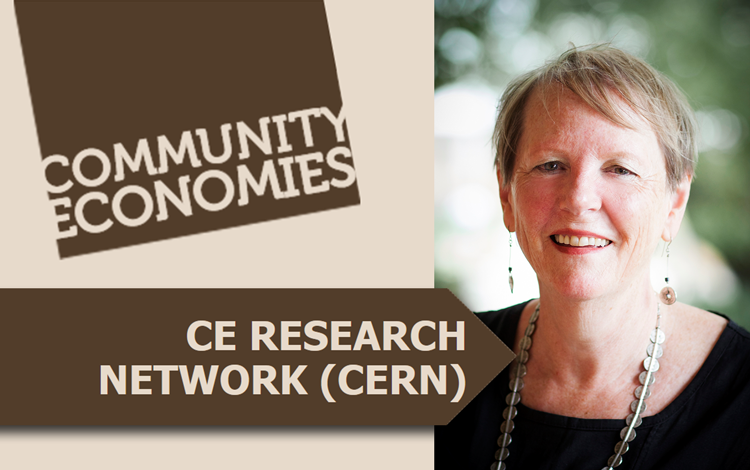 One of the core objectives of the EMES 6th International Research Conference is the facilitation of networking and the flow of ideas between various research and practitioner groups in the field of social enterprises.  This year the conference will welcome several research groups from Europe and other continents that are involved in unique research initiatives. It is also exciting that some of them are participating on the EMES conference for the first time.

We are pleased to present the Community Economies Research Network (CERN)—an international network of community researchers, students, policy makers and activists interested in ways of enacting new visions of economy. CERN has some 170 members in Africa, Australasia, Europe, Latin America, and North America. CERN is convened by Community Economies Collective (CEC) formed in 1990s by two distinct scholars Katherine Gibson and the late Julie Graham, and a group of scholars committed to theorizing, representing, and enacting new visions of economy. The thirty-eight members of the CEC are mostly based in academic contexts in Australia, Europe, New Zealand, and the US; however their action-research engagements, i.e. CERN, are more geographically spread across the globe.

How the CERN/CEC will contribute to the EMES conference

Although the regional clusters of the CERN regularly meet to discuss research, organize conference panels, and develop new collaborations, it is the first time the CERN members will be attending and contributing the EMES conference. First, professor Katherine Gibson will present a key note lecture entitled “Decentering the enterprise, recentering the social” during the panel “Social enterprises, sustainable transition and common goods”.  Second, complementing paper by Professor Gibson, the conference will feature a panel of CERN academic members “Social Enterprise and Commoning: Exploring Community Economies Perspectives on Sustainable Transitions”.

Professor Gibson is based within the Institute for Culture & Society at Western Sydney University in Australia. As her colleague, Joanne McNeill, Senior Research Officer and Research Projects Manager at Western Sydney University points out “Professor Gibson is looking forward to the opportunity to meet EMES Members, learn more about their work, and explore intersections with Community Economies themes and research interests.”

See [HERE] for information on her current projects and collaborations.

The keynote paper and the panel will explore facets of the CEC research agenda. Building on J.K. Gibson-Graham’s feminist critique of political economy, the CEC challenges two problematic aspects of how “the economy” is understood: seeing it as inevitably capitalist, and separating the economy from ecology.

To explain their approach, CEC underlines: “We do not place “the economy” at the center of social change, as for us there is no privileged “center,” nor one determining dynamic of transformation. We believe in starting where we are, building other worlds with what we have at hand. Our particular focus is on identifying, gathering, and amplifying ethical economic practices that already exist—and that are prescient of “the world we want to live in.” From this perspective social enterprise garners the CEC interest as one of a range of diverse business models that has value in the process of generating and maintaining equitable, resilient and ethically deliberated economic relationships.

Opportunity for you to be inspired

We fervently hope that the key note by Professor Katherine Gibson and the ideas offered by the members of the panel from CERN network will enrich discussions at the conference, offering original and innovative perspectives to look at social enterprises.  Besides opening up discussion around the actual practices, behaviours and relationships that underpin ‘more than financial’ goals of social enterprises, the panel intends to seek to further a shared understanding of the roles that a diverse range of economic agents and processes play in initiating and supporting sustainable transitions and common goods.

Panel description is available on the conference program.