You are here: EMES - International Research Network | Call for nominations for the EMES Lifetime Achievement Award

Call for nominations for the EMES Lifetime Achievement Award

For its 20th anniversary celebration, EMES has created a Lifetime Achievement Award. By now, the Network has a very rich history, and its own landmarks, legends and heroes. EMES has lived through the last 20 years, not only as an organization but most importantly, as an interconnected and mutually supportive community. Thanks to our institutional and individual members, who sustained EMES through different strategies, our funders and our supporters, we were able to make a contribution to our societies through scientific work. 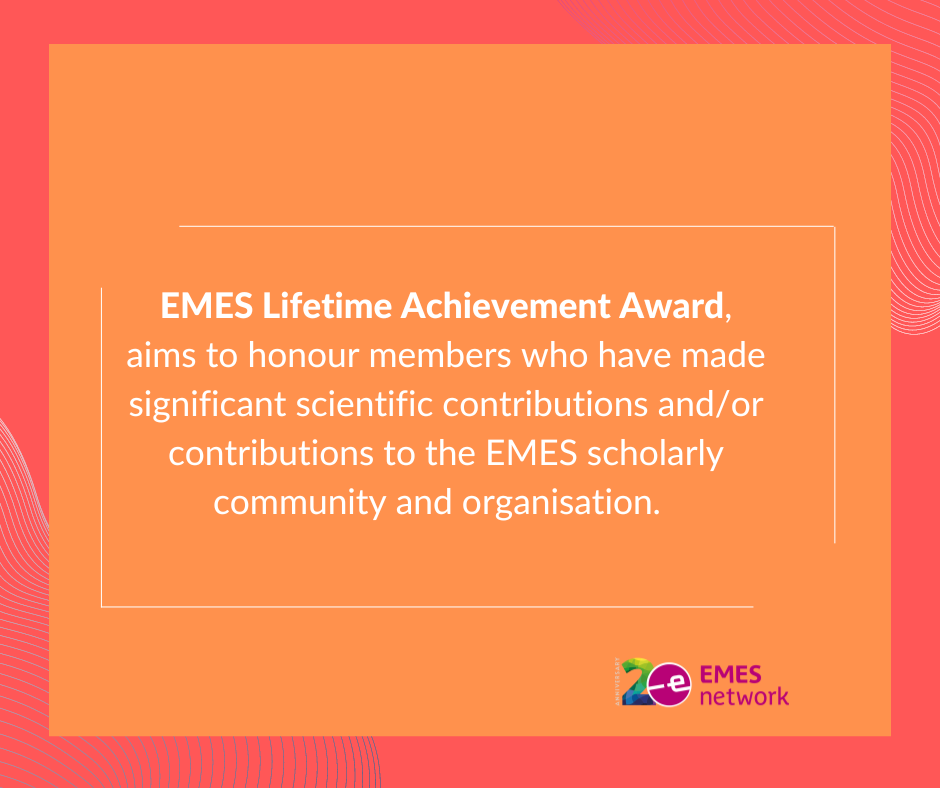 By establishing a Lifetime Achievement Award, EMES wishes to honour those people who have significantly contributed to consolidating the network and SE as a research field. Recipients are current or past members who have made significant scientific contributions and/or contributions to the EMES scholarly community and organization.

To nominate a candidate, please fill in the form here or send their name and a short explanation to lifetimeaward@emes.net.

The deadline for nominations is 1 March 2023.

All members are encouraged to send in nominations.

The awards will be presented during the next EMES conference in Frankfurt, 11-14 September 2023. Winners will be awarded lifetime honorary membership of the association and free access to bi-annual conferences.