From the great transformation to the eco-social transition. New solidarities in action

Following the 2018 seminar which explored how a Polanyian framework may contribute to identify a possible way forward for the welfare state in an international perspective, the 4th EMES-Polanyi seminar will address the emergence of transition as a new paradigm. When the welfare states matured in the wake of the Second World War, they seemed to provide a horizon of emancipation. However, in recent decades it has become clear that another notion of transition is needed. Built upon representative democracy and the assurance of social progress through the decommodification of activities such as healthcare, social democracy faced two limits by the end of the century: regulations designed at a national level by experts transformed citizens from partners in a social contract (social citizenship) to subscribers or clients and political redistribution linked social justice to economic growth.

The welfare state, undermined by a deficit in citizen expression, and its dependency on the market economy, reduced its capacity to face the growing attacks by advocates of free market ideology. Theories of Friedrich Hayek and Milton Friedman were popularized by the media. Neoliberalism challenged the values of social democracy and the post war social contract.

Both social democracy and neo liberalism fail to cope with global issues. The challenge of the early XXIst century is to formulate a new conception of transformation aimed at integrating the movements of an ecological transition and egalitarian solidarity. Without such integration, transformation may once again lead to a reinforced market society or to statism and passive citizens. The challenge is to pave the way towards a society equipped to enjoy the innovative and collective capacity of a citizenry engaged in transitioning toward new social and environmental paradigms based on solidarity and epistemological justice. Academic disciplines dissecting our world into specialized research, face limits when working towards ecological and social transitions in practice. Principles of ecologies as living interactions and inter-connectedness provide crucial orientations for scientific and real world practices towards new solidarities and eco-social transition. To do so Polanyi’s contributions are essential. Let us recall two of his main observations:

Two epistemological options may be relevant in the research program suggested by Polanyian frameworks:

A new social science is emerging from these epistemological choices. When the existence of humanity is threatened by the excesses of capitalism, traditional critical sociology fails to live up to the challenges. The key is to move towards an emancipatory social science in the words of Erik Olin Wright (2010), i.e identifying as a central objective “the elimination of oppression and the creation of conditions promoting human fulfilment”. 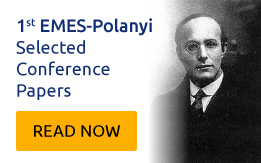 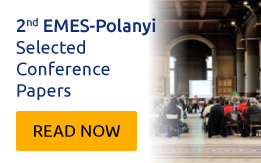 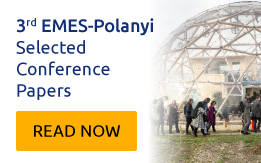